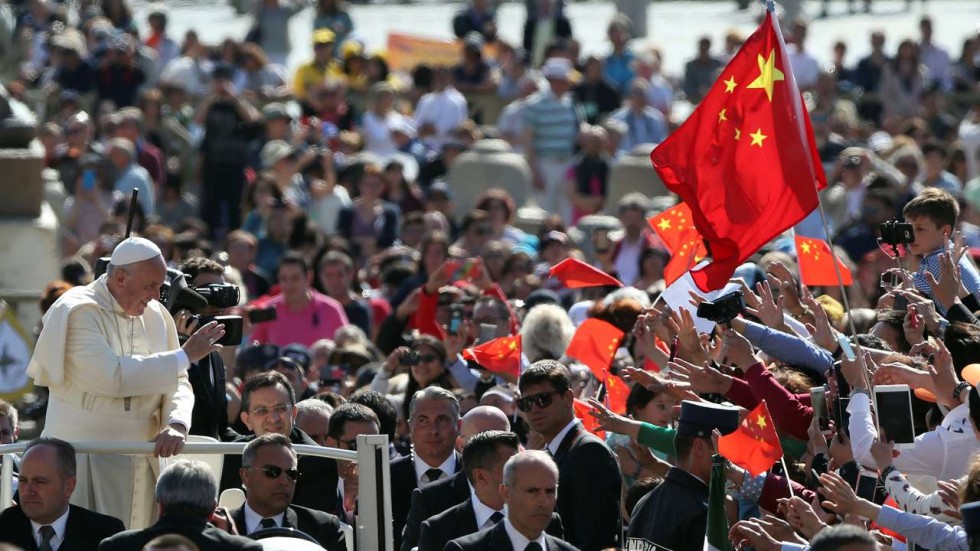 Like every true Catholic in the world, I love you and respect your authority as the Successor of St Peter.

Like a great many people in the world, well beyond the Catholic Church, I recognise the beautiful message you, as Pope Francis, bring to the world.

And as a new Catholic who came into the Church little over ten days after your election to the papacy, my Catholic faith is inspired and intertwined with your pontificate.

I became a Catholic on Palm Sunday, 2013, received into the Church by Burma’s first-ever Cardinal Charles Maung Bo. Although I am British, I became a Catholic in an Asian country emerging from dictatorship, inspired by a Church that has endured decades of persecution. I have also lived in China and Hong Kong, and have come to know and love Cardinal Joseph Zen, whose story is told, along with my other heroes, in my book From Burma to Rome, which I had the privilege of presenting to you when we met in August.

Over the past three years, the human rights situation in China has deteriorated dramatically. Hundreds of human rights lawyers, many of them Christians, have been detained, simply for defending freedom of religion and freedom of conscience cases. Thousands of Christian crosses have been destroyed. Many Christian clergy, Catholic and Protestant, remain in jail or harassed. Tibetan Buddhists, Uighur Muslims and Falun Gong practitioners continue to be persecuted. Allegations of forced organ harvesting – targeting prisoners of conscience – persist. Nobel Peace Prize Laureate Liu Xiaobo remains in jail. Hong Kong’s freedoms are now in at tatters.

Human Rights Day: Challenges and Opportunities of Our Time

Earlier this year, the Conservative Party Human Rights Commission in the United Kingdom published an in-depth report, The Darkest Moment: The Crackdown on Human Rights in China 2013-2016. It was launched by the former Governor of Hong Kong Lord Patten, himself a Catholic, in June, and includes testimonies from Hong Kong democrats Martin Lee and Anson Chan, both Catholics.