Century of Genocides: End or Continuity? 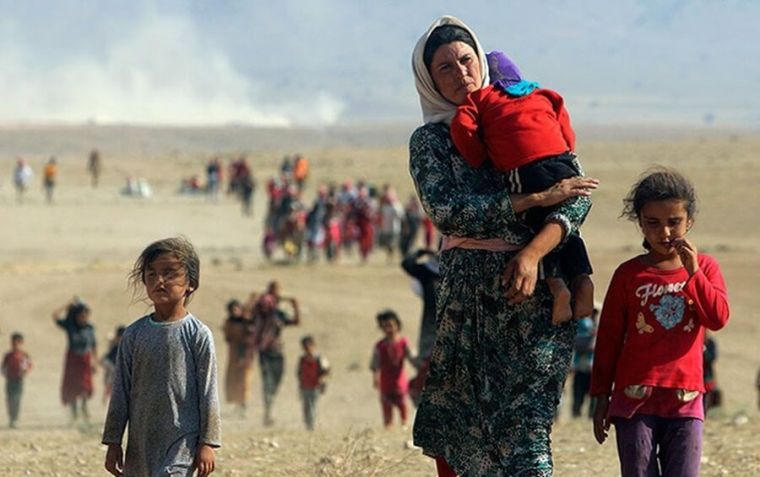 Brussels, 27.10.2016 (FOREF) – The annual International Day of Religious Freedom on October 27 is a reminder that freedom of religion or belief (FoRB) is neither a self-evident reality, nor a broadly winning international trend. Quite the opposite is the case, since the actual tendency is negative.

This essential, universal human value is currently seriously restricted or attacked in the majority of the world’s countries and territories representing 74% of the total world population (Pew Study Center Report, 2013). The day also reminds people of the hard, long, often bloody road from serfdom, deep societal divisions, sectarian hatred, and violent oppression against efforts to form free, pluralist and tolerant societies respecting the rule of law, human rights and basic universal values. No society is the perfect role model in this, but we learn as we go. Many peoples, communities, leaders and governments in Europe, Asia, Africa, Americas, Australia and Oceania struggle to improve the quality of democracy, to embrace and care more about these principles and values. Many dictators, autocratic regimes and violent groups struggle in the opposite direction: they proclaim rule without law instead of the rule of law; the power over people instead of the service to people…

While more than 84% of people in the world can be described as “religiously affiliated” (ibid.), FoRB is more widely applied. It is a fundamental freedom relevant for all, as it also covers the rights of atheists, agnostics, and non-believers. The right to freedom of thought, conscience, religion or conviction is linked to the freedom of expression, of assembly and other important civil and political rights. FoRB is a litmus test of all human rights, because when the religious freedom is missing then other civil freedoms are missing as well.

A culture of human dignity is inconceivable without FoRB. In my homeland of Slovakia, then Czechoslovakia, the struggle to overcome the totalitarian, communist regime peaked after Bratislava Good Friday 1988, when a peaceful prayer manifestation of citizens in the center of the capital city with requests for religious and civil rights was brutally attacked by police forces. Afterwards, a trend towards “Velvet revolution” and overall political change in 1989 became unstoppable.

Freedom is not purposeless and cannot survive without shared responsibility. Therefore, claims for more religious liberty are in my mind implicitly linked to active engagement of religious leaders and communities for peace, justice, human togetherness and solidarity. This is very much needed in the 21st Century. Since 1915-16, the systematic extermination of 1.5 million Armenians, which constituted the first recognized genocide of the 20th Century, mankind went through similar horrors on religious, racial, national or ethnic foundations in many parts of the globe – in Nazi and Soviet concentration camps, gulags and mass graves, in Cambodia, Rwanda, Bosnia, etc. Unfortunately, the “Never Again” promise from the Nuremberg Tribunal of 1946 was broken repeatedly, again and again. We abandoned commitment to prevent genocide or inhumane treatment too often. In reality, people in need have been abandoned as well as those who have been persecuted for their religion, conviction, race or ethnicity.

The current systematic murder, torture, enslavement, kidnapping, raping and persecution of religious and ethnic minorities on territories dominated by the “Islamic State” constitute the very same type of the greatest crime – genocide. This position was strongly expressed by parliamentary bodies of the Council of Europe, EU, USA, UK and Australia. Thus, a very timely and alarming question arises: “Shall the century of genocides end or continue?” After Christians, Yezidis, Shia-Muslims and some other communities in Iraq and Syria, who will follow next? The answer is crucially important and commitment is decisive. I am sure with many like-minded supporters, that a better century is possible. A more human century is our moral obligation! If we want to share more peaceful and better times, we have to prevent that repetitive tendency, prevent returns of inhumanity. This means to stop persecution of innocent people and to help voiceless and defenseless victims, and to finally bring perpetrators of crimes to justice. Ignorance, indifference or fear helps fanatics and perpetrators of crimes; our silence hurts the victims.

Besides genocidal persecution there are many other forms of religious oppression – blasphemy laws, anti-conversion laws, sectarian violence, totalitarian regimes which try to eliminate religious manifestations and freedom of conscience and conviction for the sake of their ideology and uniformity. Already Marx and Lenin despised religion as “the opium of the people”. And they have created their own political religion, a new coercive and militant ideology. The major dictators of the 20th century – Hitler, Stalin, Mao Zedong, Pol Pot – all have something in common: They fiercely suppressed FoRB.

Without understanding the aims, structure and effects of religions, including the abuse of religion, i. e. by Islamist terrorists, we cannot understand what is going on in our world. Subsequently we cannot find efficient solutions that help society to recover from inter-religious strife. The promotion of FoRB, an ethic of responsibility, and education for living in diversity is the principal way to tackle religious fundamentalism, violent extremism and terrorism.

Ján Figeľ is the Special Envoy for promotion of FoRB outside the EU.