A Review by Aaron Rhodes 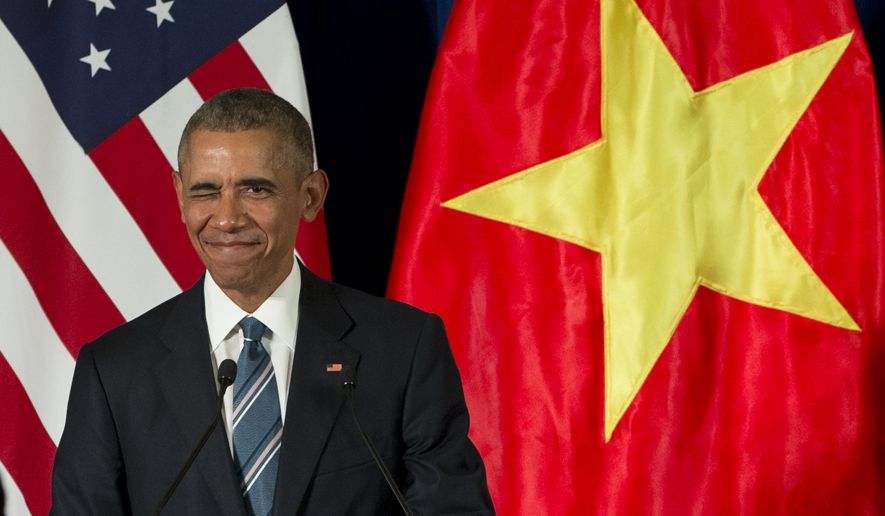 Washington D.C./Chicago, 15.08.2016 (HuffPost) – It is widely understood, particularly among peoples who have suffered the consequences, that the Obama administration’s foreign policy has downplayed human rights and freedoms; has stressed “stability” over these principles, attempting to assuage dictatorships and murderous ideologies; and has met severe challenges with passivity and equivocation. Anne Pierce is a University of Chicago educated political scientist, a successful author and a professional analyst of American foreign policy. Her writings are informed by an understanding that politics is not a science but a moral quest; that “value neutral” academic analyses fail to penetrate the reality of international politics, and abrogate their responsibility to make moral distinctions.

Her new book, A Perilous Path: The Misguided Foreign Policy of Barack Obama, Hillary Clinton and John Kerry, is a closely documented history of the Obama administration’s wide-ranging foreign policy failures that also shows the sources of these failures in the moral blindness of Obama’s post-modern cultural relativism and globalism. President Obama and his team have consistently downplayed individual rights in favor of a collectivistic orientation, paying attention mainly to group interests. Human rights have been interpreted broadly, not as individual freedoms as in the United States Constitution.

Obama has demonstrated a “lack of passion for freedom.” Like many leftist academics, he has embraced the falsehood that the United States under previous administrations sought to “impose human rights” as something uniquely American. He has “reversed the transnational movement toward more freedom, even denouncing its objective.” Seeking to end conflict, he has been willing, even eager to compromise with some of the world’s worst human rights abusers. His unilateral concessions have been interpreted – correctly—as weakness. He has squandered the potential of American power to do good by immersing and constraining it within ineffective multilateral efforts. America under Obama has punished its friends and rewarded its enemies. Strategic alliances have been neglected in favor of reliance on the “international community.”

When Pierce lays out the cumulative (but, sadly, still unfolding) impact of these approaches, the result is shocking. The administration has downplayed anti-Semitism and the persecution of Christians, yet “American indifference made it easier for Islamist opportunists.” Obama’s equivocations (for example, calling Venezuelan dictator a “sociable guy”) have made dictators more intransigent. American has sold arms to states that violate human rights like Bahrain and Egypt under Muslim Brotherhood leader Mohamed Morsi.

The “pragmatic” outreach to adversaries like the “reset” with Putin’s Russia (“a government with amoral, antidemocratic priorities”) has backfired, as the United States did little to deter aggression in Ukraine that resembles what Hitler did to Czechoslovakia; its response was “minimalist.” Russia has outsmarted the United States in arms negotiations. Obama humiliated ally Georgia, leaving it to shift for itself against Russian aggression. The “reputation, influence, and the democratic standing of the United States has been compromised” by its failure to uphold promised missile defense in Central Europe.

Pierce concludes that Obama’s Middle East policies have been a “debacle.” Obama’s “dilatory” lack of pressure on former Egyptian ruler Mubarak, followed by his supplicating outreach to and legitimization of Morsi, were part of a larger pattern of ingratiating himself to the Muslim world. Obama’s clueless intelligence chief claimed the Muslim Brotherhood was a “moderate” and “secular” organization that “eschewed violence” and had no international agenda. State Department functionaries trained the Muslim Brotherhood to contest elections, and promoted ties with American Muslims. Conditions for military aid were waived for Morsi but reinstalled when millions of citizens deposed him, and non-Islamist strongman Abdel el-Sisi replaced him.

Obama relinquished leverage in Iraq, leading to escalating chaos and the spread of an even more deadly form of Islamism than Al Qaeda. He was passive when millions of Iranians took to the streets to demand human rights, creating the impression of cowardice and naiveté. Iran has subsequently “outplayed” the United States in nuclear negotiations. Obama courted Turkey’s Recep Erdogan, claiming a “bond of trust” with a leader who is trashing the country’s secular political norms and used a recent coup attempt to decimate the political opposition and civil society. Anti-Americanism is surging there.

Pierce’s critique is most caustic when it comes to the Obama administration’s “indifference” with respect to the bloody conflict in Syria, where about half a million civilians have died so far; for the most part, the United States has remained “idle and mute.” Although Bashar al-Assad was considered the Middle East’s most brutal autocrat who used terror tactics against civilians, America “catered” to Assad, with Hillary Clinton claiming he was a “reformer.” When the regime massacred peaceful demonstrators and tortured children, moderate rebels forces begged for American help. But fearing entanglement, American officials made a preemptive …

Aaron Rhodes is President of the Forum for Religious Freedom-Europe. He was Executive Director of the International Helsinki Federation for Human Rights 1993-2007, and a founder of the Freedom Rights Project.